A small gathering of the Burleigh Heads RSL Sub Branch gathered at the Sub Branch RSL Hall at 10.45 to pay their respects and remember those who served and those who paid the supreme sacrifice during the War in the Pacific and Vietnam. Due to the COVID 19 there were no service at the Cenotaph but wreaths were laid at the service and later placed at the Cenotaph.

“Fellow citizens, the war is over.”

Few announcements in Australian history have provoked such spontaneous displays of emotion as Prime Minister Ben Chifley’s on 15 August 1945. On that day, Japan announced it would surrender to Allied forces. Victory in Europe had been achieved on 8 May 1945 and Japan’s surrender ended World War II, which had raged for almost six years. 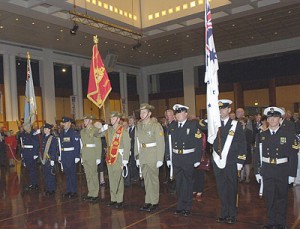 Each year, on August 15th, we, as Australians, unite to celebrate that much waited announcement; to commemorate the time, the date and the words that were uttered; to remember our mates, especially those who did not return.